A historic woodland hotel, nestled on the edge of Louis XIV’s Royal Domain
with views of the Chateau de Versailles.

Over a century of history in Royal Versailles 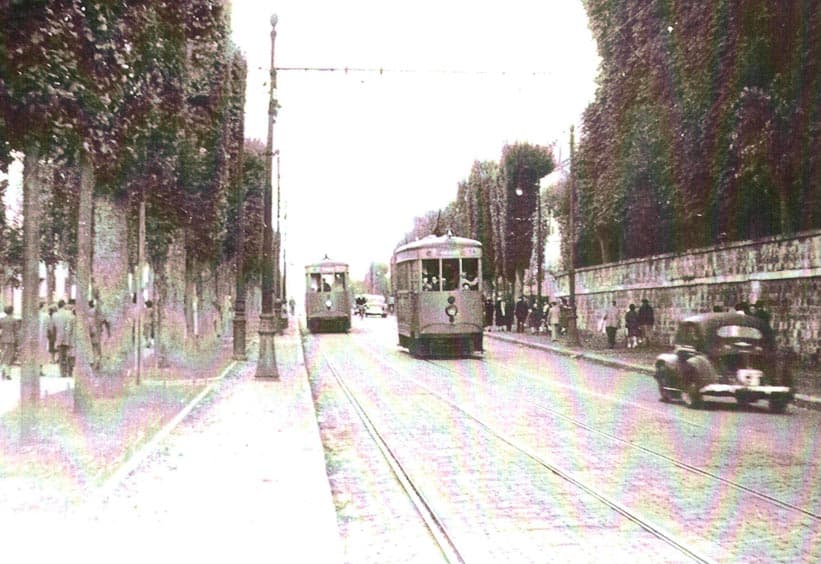 On December 19, 1907, Mr. Weill Martignan registered a Company called “Trianon” with a view to building a luxury hotel in Versailles . The name of the Company was suggested by the proximity of the future hotel to Louis XIV’s Grand Trianon in the gardens of Versailles. The Architect, René Sergent, clad the hotel’s metal framework with cut stone to match the classical style of the Palace of Versailles. 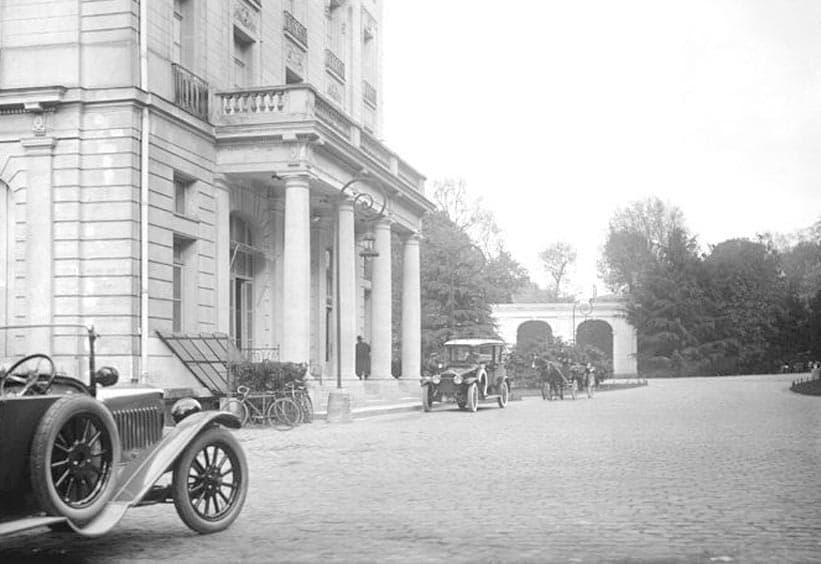 Many Versailles residents attended the opening of the hotel on May 1, 1910, and as time went by it became ‘their’ hotel. World famous people became regular visitors drawn by the luxurious accommodation and the calm of its royal surroundings. 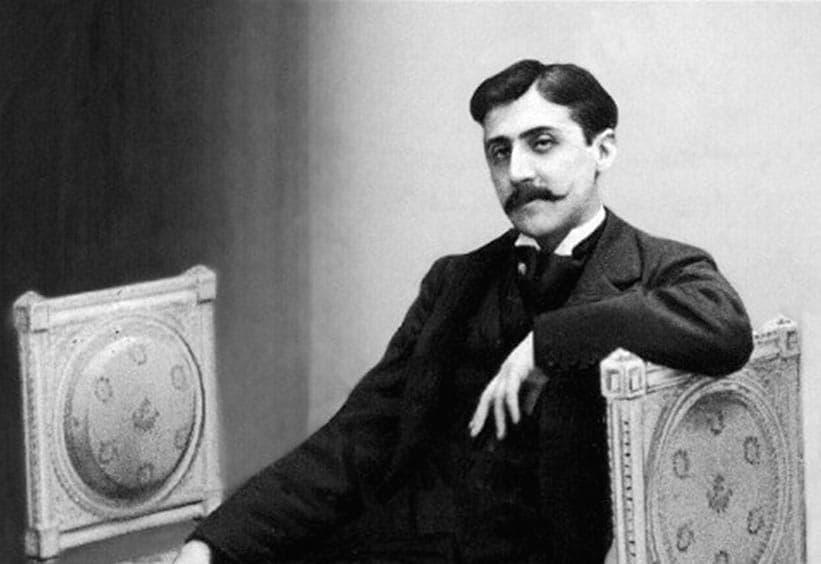 Sarah Bernhardt stayed here during her performances of ‘L’Aiglon’ in Paris, meeting with the production writer, Marcel Proust, the banker, Lafitte and the aviator, Santos-Dumont. 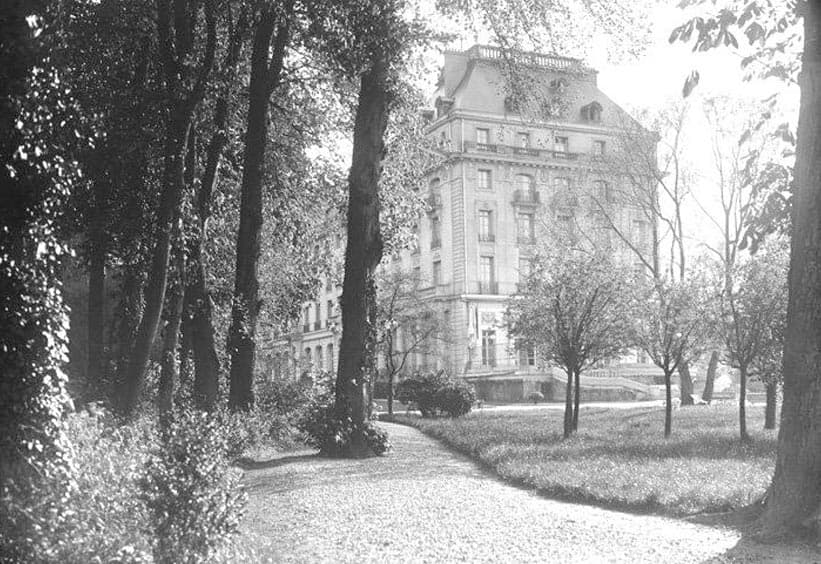 When the First World War broke out, the Trianon Palace Hotel was used as an auxiliary hospital. Re-opening in 1916, the hotel slowly resumed its role as a grand hotel. 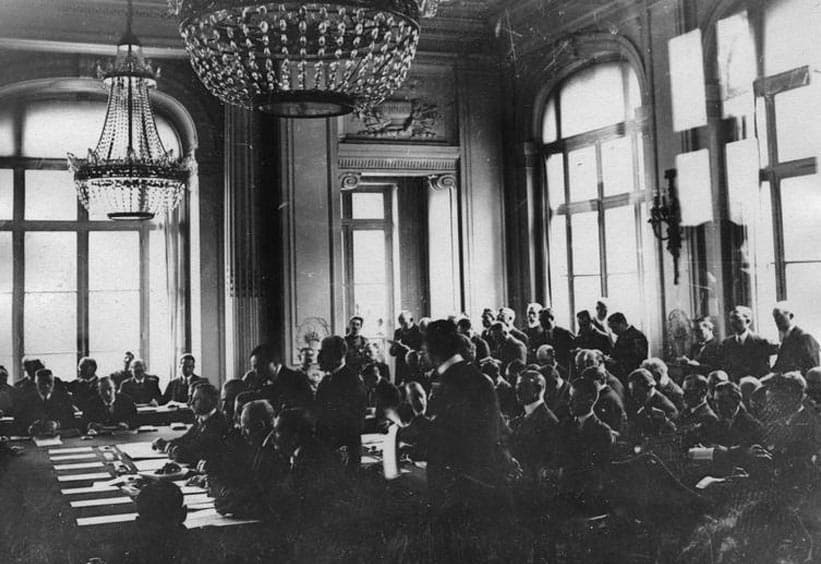 The Allied Forces based its Supreme War Council in the hotel in April 1917 with the objective of bringing the disastrous war to an end. 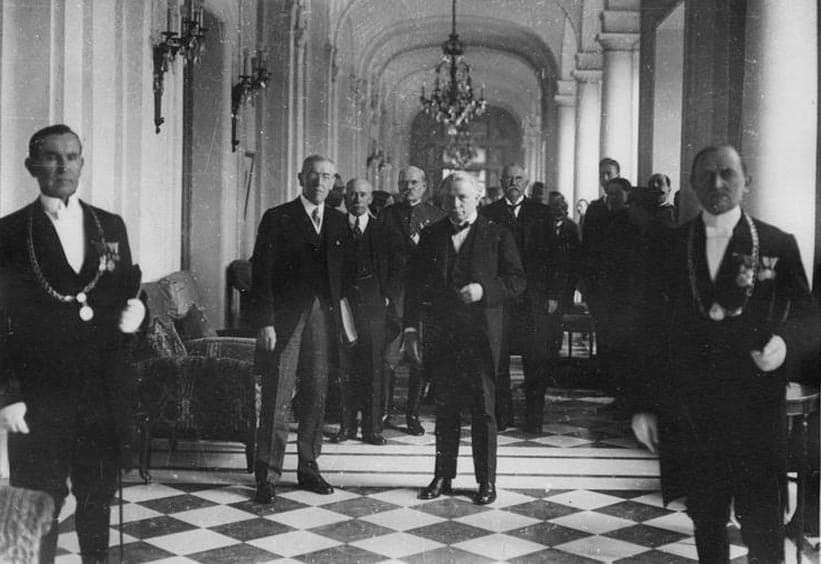 The Treaty of Versailles

On May 7, 1919, in the reception salon that still bears his name, Georges Clemenceau dictated the conditions of the Treaty of Versailles. It was signed several days later in the Hall of Mirrors in the Palace of Versailles. 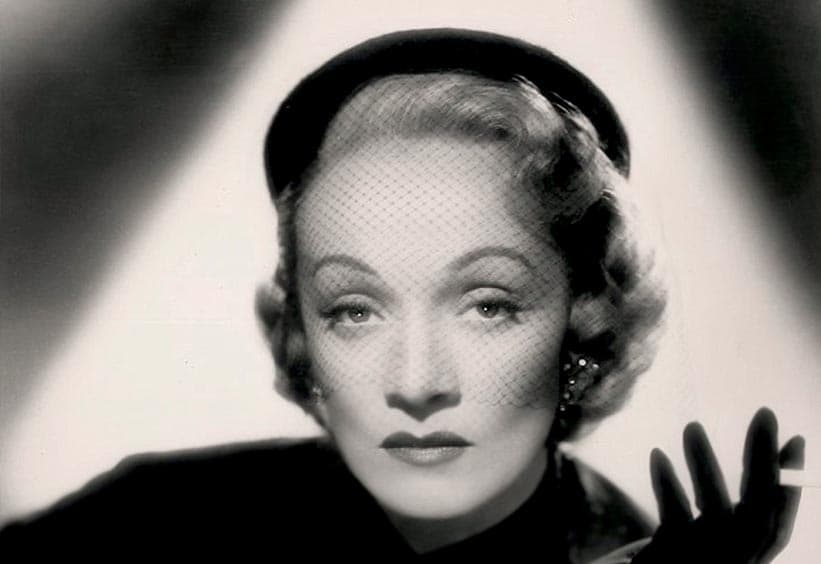 When peace was restored, the Trianon Palace Hotel resumed its role as a prominent society hotel. At that time a private hotel shuttle linked it three times daily with the Place de la Concorde. The Trianon Palace Hotel rapidly became the haunt of literary and theater world personalities. Paul Valéry, Sacha Guitry and Marlene Dietrich found it revitalizing and it became the favorite country retreat for the world’s rich and famous. John Rockefeller Junior and Paul Getty relaxed here during their business trips to Paris. 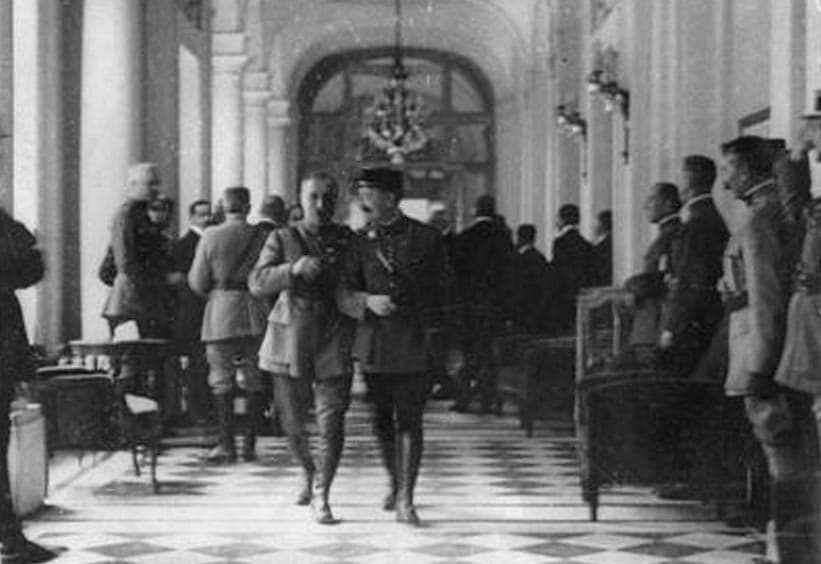 In 1939, the Trianon Palace Hotel was once again occupied by the Army. It was first requisitioned by the Royal Air Force, which installed its Paris offices in the basement, then in 1940 became the headquarters of the Luftwaffe on the orders of Marshal Goering. American forces occupied the hotel in their turn, in 1944; within its walls the leading allied generals – de Gaulle, Eisenhower, Patton, Bradley and Montgomery – took the major decisions, which shaped our geopolitical map today. 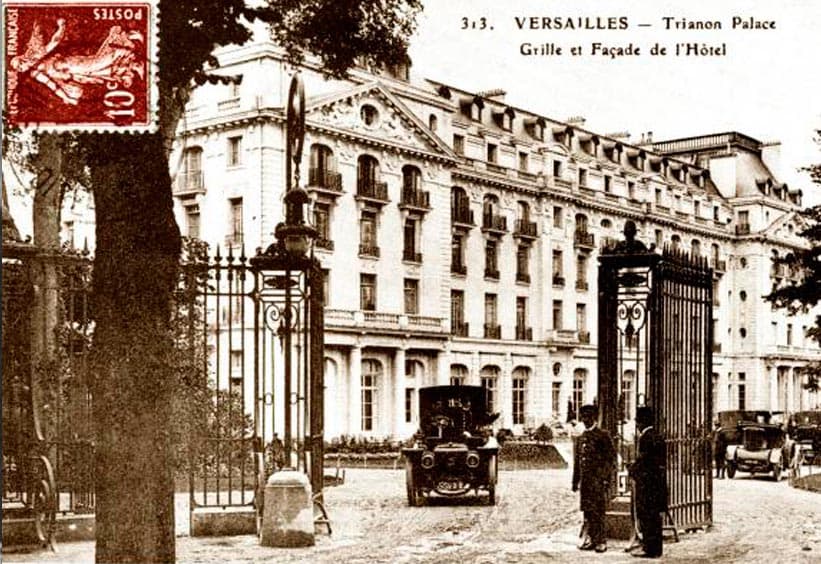 In 1946, world peace brought world famous figures such as the Prince Aga-Khan, Queen Elizabeth II, the King of Morocco and King Hussein of Jordan to stay in the entirely restored and renovated Trianon Palace Hotel. 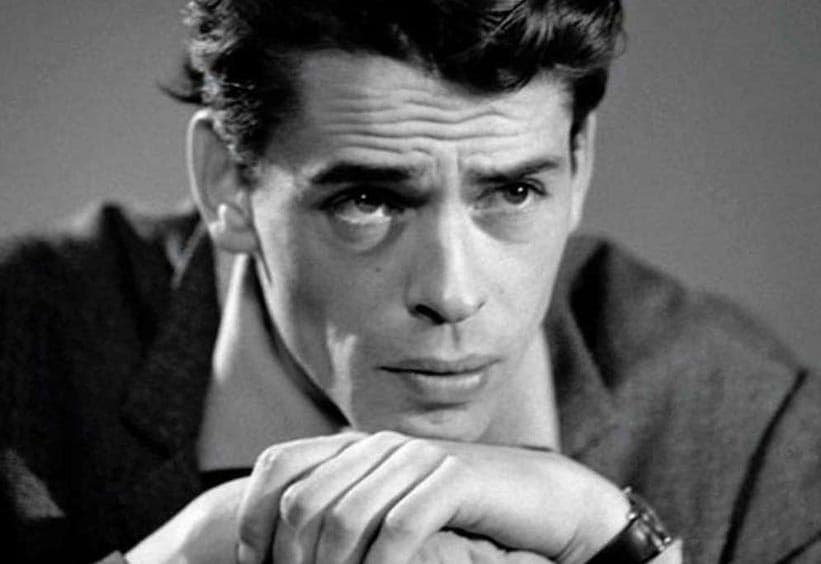 Since then, the Trianon Palace Hotel has welcomed a number important figures in international politics who appreciate the hotel’s security. Major artists and writers – François Mauriac, Henry Bernstein, Jacques Brel, Jean Gabin, Jeanne Moreau, Tino Rossi – have sought out the hotel because its tranquility is conducive to creativity. 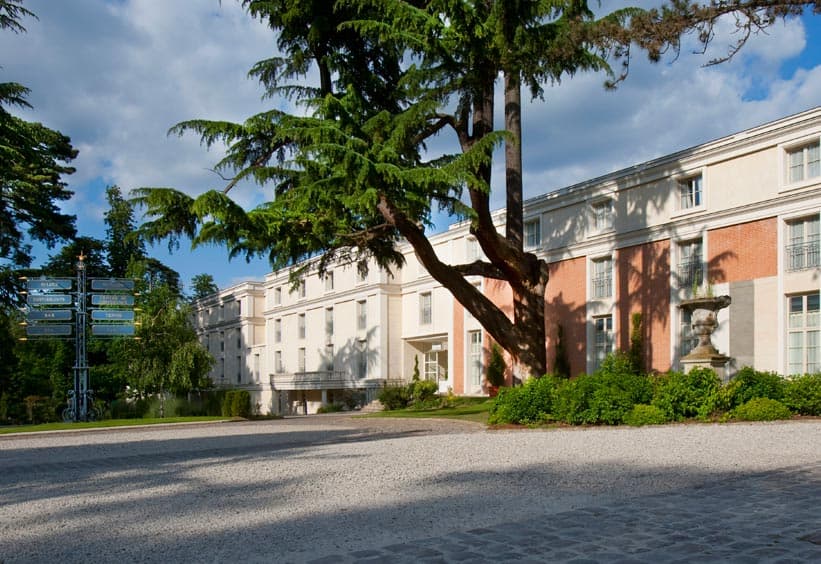 In 1990, the Trianon Palace Hotel and its seven and a half acre park were purchased and taken over by an international hospitality company. Major renovation projects were immediately undertaken, principally the construction of a second building called the “Pavillon du Trianon”. This allowed the Hotel to welcome its guests in greater luxury and comfort. A new state-of-the-art conference center was also added. 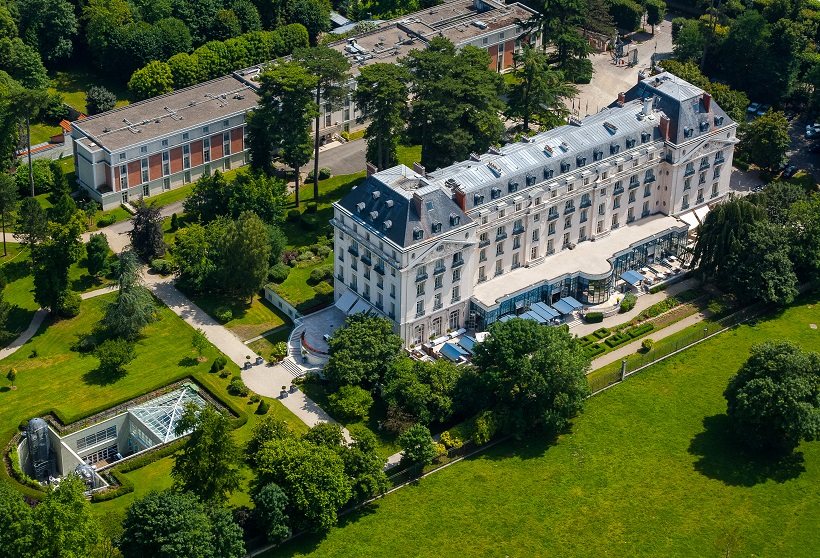 A New Era for Trianon Palace

The Waldorf Astoria Versailles – Trianon Palace joined the prestigious Waldorf Astoria Hotels & Resorts brand, part of Hilton group, which owns over 5300 hotels in 106 countries worldwide. Reaching new heights of success, the hotel has since won a variety of prestigious awards.